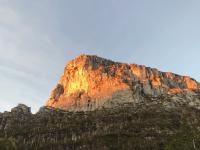 I have long wanted to walk to Frenchman’s Cap, I’ve just never been able to convince anyone to come with me.

And I couldn’t find anyone to come with me in December 2020 either, so I just went by myself. The weather forecast looked amazing. I had a weekend. Why not go?

The Collins Bonnet that wasn't

This was supposed to be a walk to Collins Bonnet, an easy to get to mountain which lies roughly west of Mount Wellington.
February 19, 2021 #red-paint #wellington

Walls to Lake St Clair (via Rotuli, Three Arm, a shitload of scrub, the Mountains of Jupiter, more scrub and some of the Traveller Range). Also a lost map. 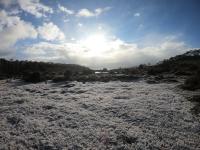 This was a fantastic walk, but unlike our other ones, Dash and I just decided to explore with only a broad idea of where we wanted to go. We know we had to end up at Lake St Clair, but we didn’t have solid plans (or a track) to take us there.
April 15, 2019 #acropolis #jerusalem #mountains-of-jupiter #walls #ida

An overnighter to Mount Field West 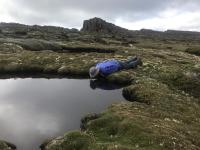 Mount Field West is a big, chunky boi and is relatively easy to get to. Despite the slog.
December 23, 2018 #field-west

A familar track, a lost father and a lovely lake. What more can you expect?
February 25, 2017 #orion #western-arthurs

I’ve been to Maria Island twice now. Once in December 2016, following the first time about two decades ago.
January 22, 2017

The day was sunny, warm (some would say hot), and we were ready for a quick visit to one of Tasmania’s favourite capes, Cape Hauy! We’d stayed the night down on the Peninsula, so it was a quick drive down to the Fortescue Bay.
December 23, 2016

Southern Ranges Circuit via Precipitous Bluff (or, why not to go walking in Tasmania in September) 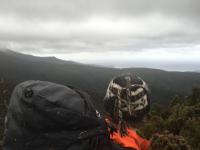 The word precipitous has two meanings.

It’s something either dangerously high or steep (the track skirted a precipitous drop) and also something done suddenly and without careful consideration (precipitous intervention).

How true they both were… 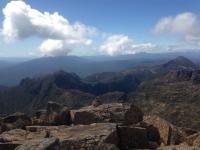 This was a walk that was different from what I had imagined. I thought it was going to simple. Do it in half the time? Easy! No.
February 28, 2016 #anne 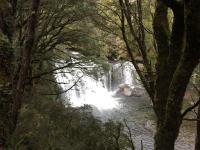 The Never Never. Something that had been on my todo list for a while. Finally got around to it May 2015.
October 3, 2015 #oakleigh #pelion-east #mersey-river #lees-paddocks 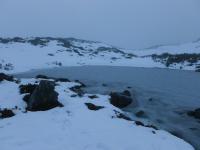 I did the Overland Track. It was good. I didn’t take many photos. There were too many clouds and many, many wombats.
October 18, 2013

A major walk taking in the Port Davey and South Coast Tracks, and a few boat crossings in between!
March 26, 2012 #port-davey-track #southwest #south-coast-track #precipitous-bluff #southern-ranges

Mount Feathertop (via the Bon Accord spur)

We had been walking a couple of hours up the Bon Accord Spur. It was hot, and we were sweating more than a Finn in a sauna. What’s worse was we had another 600m to go - upwards.
February 4, 2012 #alpine-national-park #bon-accord-spur #bungalow-spur #federation-hut #mount-feathertop #razorback